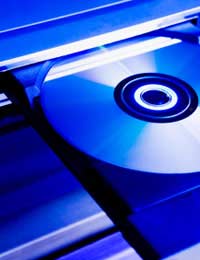 Why would you want to use computers to play DVDs when you have a perfectly good DVD player by your television, which probably has a much better sound system and may even be high-definition?

Well, there are certain things your computer can do with DVDs that your regular player can’t. You’ll find that stand-alone DVD players are generally set up to play only DVDs from your particular region, which generally isn’t the case with computers.

It might seem ridiculous, but for the most part DVDs made in one area of the world won’t play on standard players in another area unless they’re made in what’s called Region 0 format, which will play everywhere.

So you can’t buy an American DVD for instance, pop it into your player and watch it. That can be unfortunate as not every movie or TV show is released everywhere in the world – and in other areas DVDs can cost a great deal less than they do in the UK, making them very attractive – but still unplayable.

If your kids are into Japanese animated films, similarly a lot are available in the Far East, but won’t play here. It can all become very frustrating, and means you not only have to wait longer for films to become available on DVD, but pay more for those you can see.

DVDs on Your Computer

Most computers these days play DVDs as well as CDs, and come pre-loaded with the software to play them. When you pop in a DVD from another region you should probably get a dialogue box confirming the region, and once you click on “ok” you’ll find your computer will play it. Most newer computers will play DVDs from any region.

It’s a facility of computers than isn’t often discussed – for fairly obvious reasons. If everyone knew they’d be buying cheap DVDs from others areas – plenty are available on eBay, for instance – and playing them on their computers.

It’s also perfectly possible, although sometimes illegal, to rip DVDs to your computer hard drive and then burn a copy for yourself. For that you’ll need the correct programs on your computers, which can be found online. However, it needs to be emphasised that this should only be done where it’s legal.

You can also buy and download DVDs from the Internet, and often the rights involved allow you to burn a copy to DVD.

Watching DVDs on Your Computer

There’s absolutely nothing wrong with watching DVDs on your computer. With today’s larger flat screen monitors the picture is often excellent, and computer speakers, with their subwoofers, have come a long way, offering excellent sound.

About the only problem could be the location of your computer. We’re used to sitting on the sofa to watch television, so you probably won’t want to do all your DVD viewing on computers (you can, of course, watch on laptop computers with speakers hooked up, but unless you’re on the road it’s not the same experience. Before taking a trip, trying loading several DVDs onto your computer for entertainment on the road).

This secret advantage of computers has stayed quiet – but it could open up a whole new viewing experience for you.