Home > Technology Basics > What is Linux? 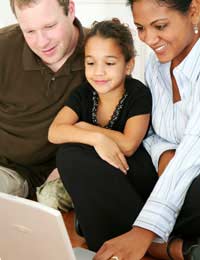 There’s been a lot of talk for a number of years in computer circles about Linux. However, for most people who are used to Windows or a Mac operating system, it can all seem a bit scary – after all, isn’t it all for computer geeks and not the family computer? What does it do, and how would you even install it?

Linux existed as an operating system before Windows, believe it or not, and back then, yes, it was all in the realm of real techies. But things have changed over the years.Every computer, no matter whether it’s a PC or an Apple, needs an operating system in order to work.

Linux itself actually refers to what’s called the kernel at the heart of the operating system, but don’t let that concern you, it’s just terminology. What matters is whether it works. What you actually see on your monitor is what’s term a Linux “distro” (short for distribution), which is actually a number of programs bundled together to create a full operating system you can use.

Two things distinguish Linux from proprietary operating systems like Windows and Mac OS. The main one is that it’s free (anyone who bought an upgrade from Windows XP to Vista can understand that operating systems cost a lot of money). The other is that it’s open source. That’s a term that’s bandied around a great deal, but essentially means that any developer can write programs for it and add to it, essentially. However, it’s worth noting that not all open source software is free; some you might have to pay for.

If you install a Linux distro – and it’s a simple download - what you see is what’s know as an interface – much as Windows appears on your monitor if you use there. There are, however, a number of different interfaces, many easy to use and laid out in a way so they don’t seem to alien to those who’ve become used to Windows.

Linux hosting is a different beast altogether. Linux hosting concerns the hosting of web sites and can affect how they appear on the Web. For most people it won’t be a concern.

Linux And The Family Computer

The idea of making software free for all is at the heart of Linux, and it’s an admirable one. But does it really have a place on the family computer. Will it do anything better?Most of us are familiar with Windows (or a Mac OS, if you use Apple Macs).If you have kids, then although you can install Linux, you’re probably better off using the operating system that came with your computer, and one they’re familiar with from school, if only to avoid confusion.

There is a learning curve involved with Linux, but it’s nowhere as daunting as some might believe – certainly no more so than adapting to a new version of Windows, for example.

You can use Windows programs with Linux, if you choose to install it, by using a program called Wine, or you can find a virtualisation program (again, free) that lets you run pretty much all Windows software. However, given that open source software is available, usually free, for most applications, so you won’t have to (Open Office, for instance, will work with Microsoft Word documents, and Gimp is free open source photo editing software that’s sometimes touted as the equal of Photoshop).

So yes, it might be for the more adventurous, but it’s not the trip into the unknown you might have feared. These days Linux is actually very user-friendly.